Rules & How to Play The Game of RolleyPulley

RolleyPulley is the 2-person, three-dimensional Tug of War. RolleyPulley is played with two players facing each other, standing on their own ParaRoller, while holding their end of an 8' pole. The object is to get your opponent to touch the ground with their feet before you do.

• RolleyPulley is played while wearing socks (no shoes).
• A round begins with players facing each other 8’ apart. Each player is standing on their ParaRoller while holding their end of the pole.
• There should be at least 9’ of free space in back of each player.

• There are three ways to score points:

1. Each person stands on their own ParaRoller wearing socks (no shoes). The first person to touch the floor loses the round; one point is awarded to the opponent, and a new round must begin.
2. Use one hand to hold the end of the pole, then place the other hand about 5" (or more) farther down the pole, like in the photos below. Once you place both hands on the pole and you begin to play, the hands cannot be moved. If you move the position of either hand, one point is awarded to your opponent, and a new round must begin.
3. If you step from your ParaRoller onto your opponent’s empty ParaRoller with both feet, you score an additional point.

• The first player to score 5 points wins the game.

How to Practice for Playing RolleyPulley

If you are with a friend, a nice way to practice RolleyPulley is to get into the RolleyPolley position facing each other while holding the pole with both hands (see “POSITION OF HANDS ON THE POLE for playing RolleyPulley” below). Then instead of trying to push or pull each other off the ParaRoller, try to help each other stay ON the ParaRoller. One person can move forward while the other person moves backward. Then each person can switch directions. This is a great and fun way to improve your RolleyPulley skills.

At some point, when your confidence on the ParaRoller has improved, you can start really having some fun by playing the game of RolleyPulley. You will smile and laugh a lot, for sure!

POSITION OF HANDS ON THE POLE for playing RolleyPulley

• Use one hand to hold the end of the pole, and then place the other hand about 5 inches (or more) farther down the pole, like in the photos below.
• Once you place both hands on the pole and you begin to play, the hands cannot be repositioned on the pole. If you move the position of either hand, one point is awarded to your opponent. 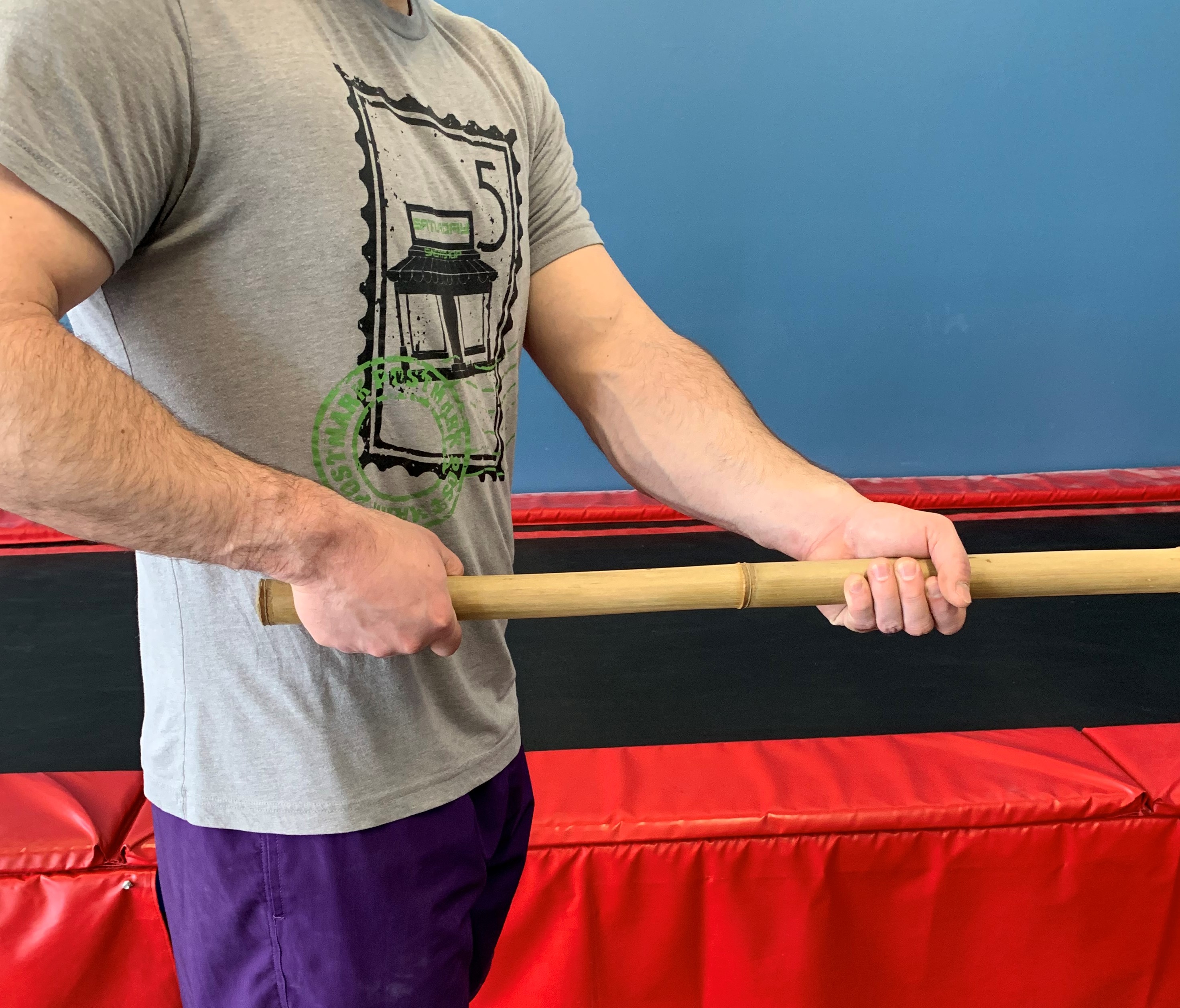 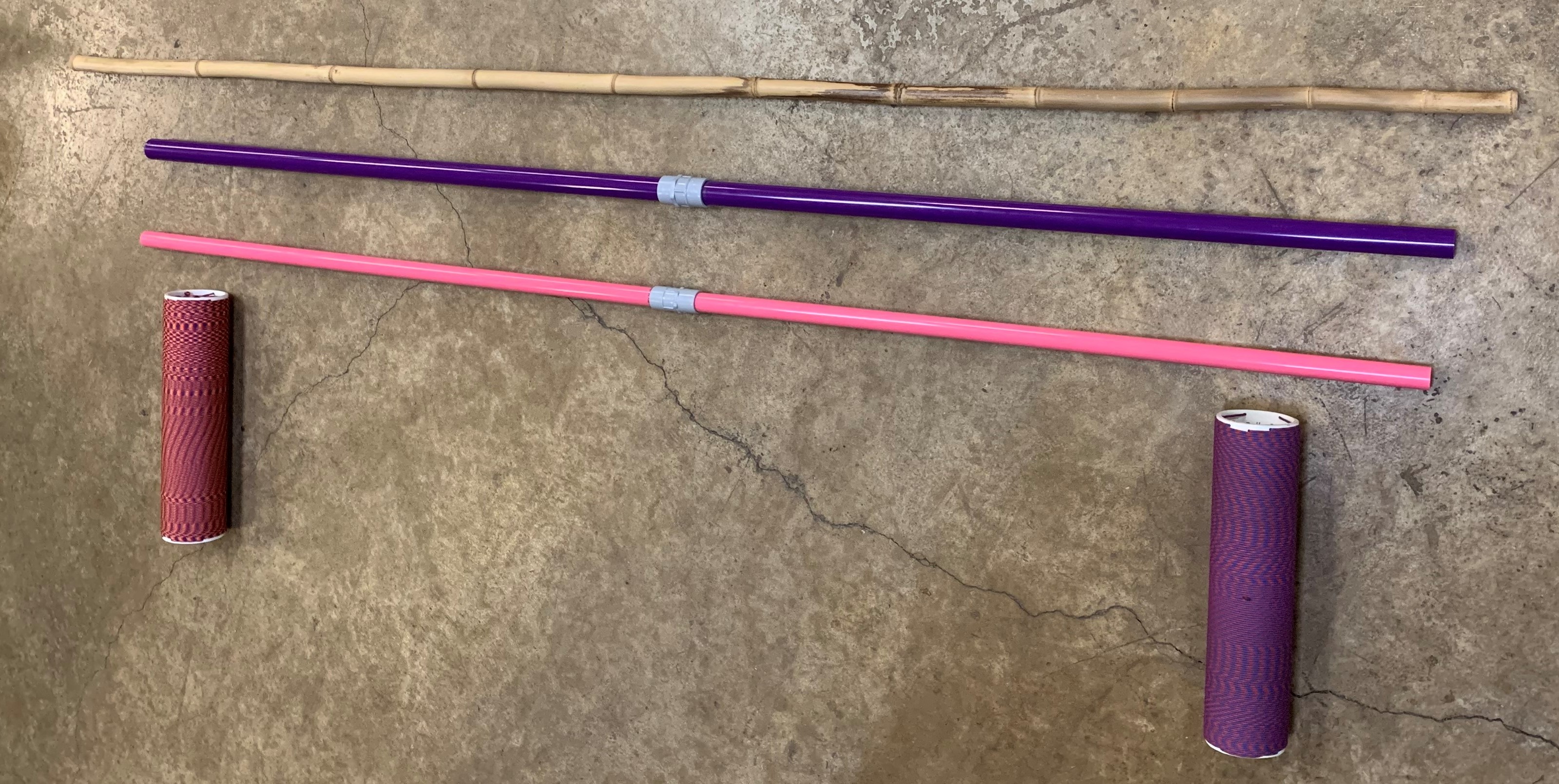 • As you develop more skill on the ParaRoller, you will find that when you play RolleyPulley, you will be able to take advantage of your whole body potential, using feet, legs, upper body and arms, in a unified, controlled way.

• There are many nuances of the game that become more apparent as your skill increases. You should be aware of these things:

You must also be aware of these things about your opponent:

• A short session of RolleyPulley (5 - 15 minutes) can be a very good workout!

The RolleyPulley pole is 8' long and made of PVC.

The RolleyPulley Collapsible Pole consists of four sections that can be simply unscrewed in three spots and then collapsed into itself to make two 27 inch long sections for easy transport. 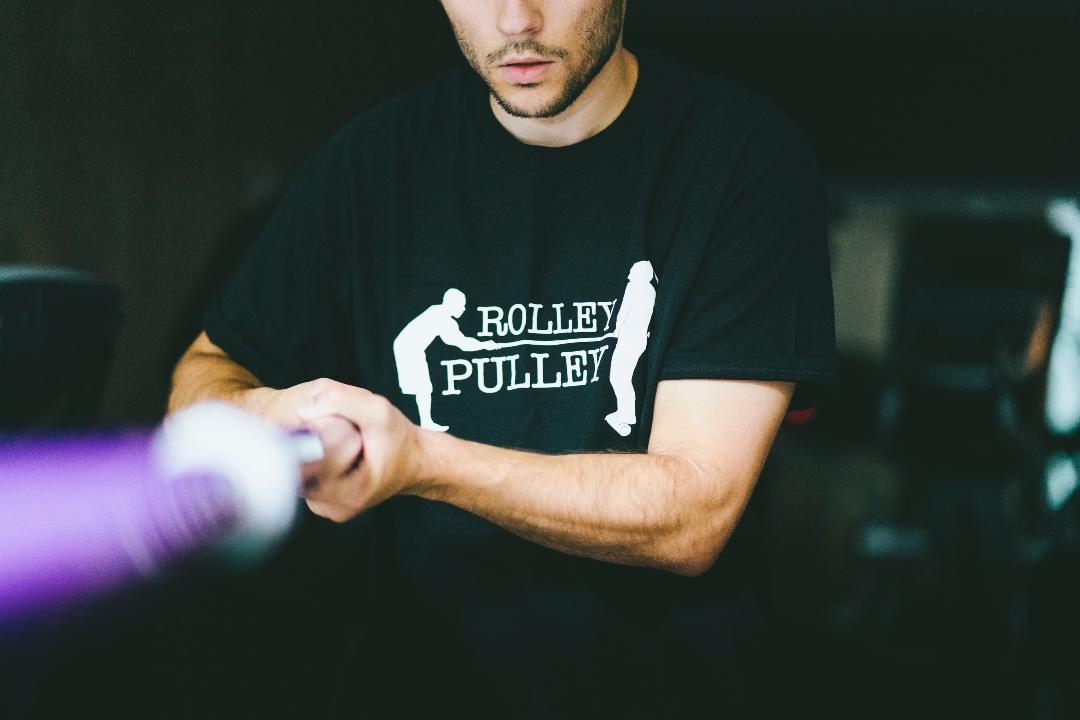 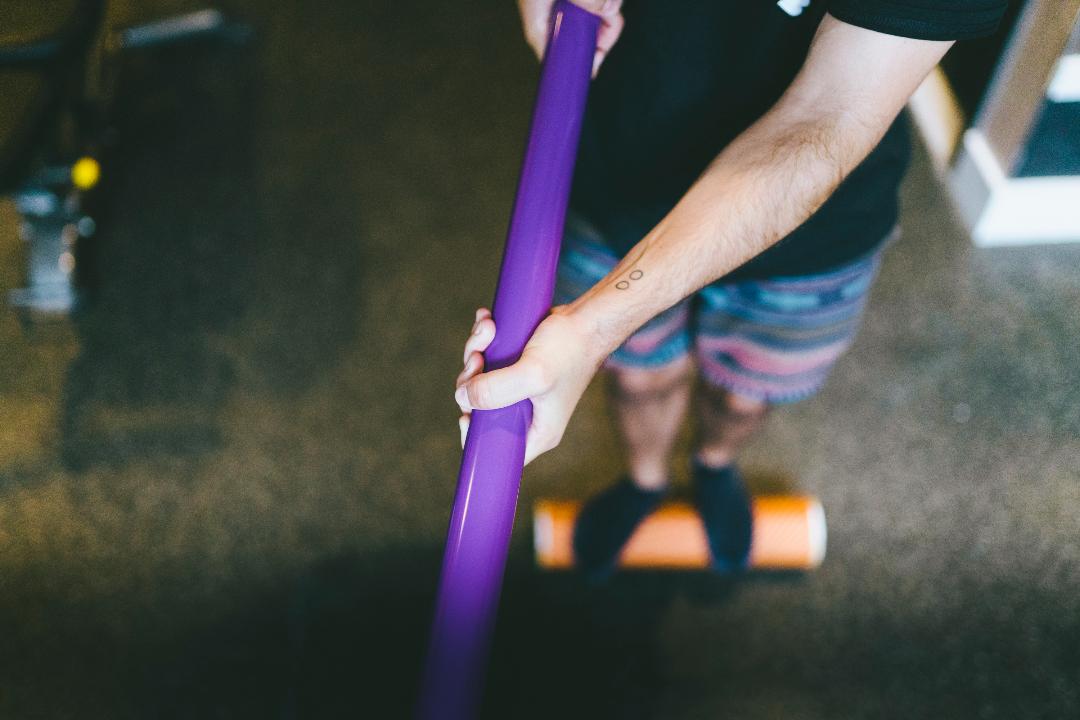 "How to" videos for your RolleyPulley equipment:

•  How To carry all your RolleyPulley Equipment!
• (It's even easier if you have a RolleyPulley collapsible pole.)
•  How to easily carry two ParaRollers.
•  How to tie the cord on the end of your ParaRoller.